Is Bullying Increasing Or Are We Just Hearing More About It? 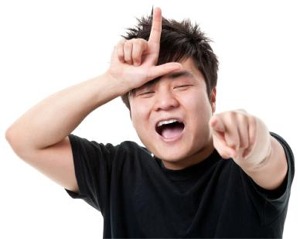 Here is a great question we received on the recent post “Every 7 Minutes A Child is Bullied.” I think this question is so important and so complex, I decided that it should be answered in another post.

“Lorna, what I haven’t seen anywhere – and truly don’t have a clue about – is whether there is an escalation of bullying in the schools or if it’s just being reported more because we’re more aware of it … its consequences. Do you happen to know? And if so, what do they attribute it to?” – Sharon

Great question! In fact, it’s one of THE hot questions in bullying right now, with no simple answer. The short answer is BOTH – (1) there is a lot of school bullying and (2) the Internet makes it much easier to hear about bullying all over the world (Google Casey the Bully Punisher from Australia, from last summer).

That’s not all. The level of school bullying by kids is directly related to the increasing level of everyday bullying in society, primarily by adults – workplace bullying (including schools), reality show bullying, road rage, adult cyberbullying. Even when adults tell kids “No bullying”, adult bullying all around our kids teaches and gives permission to bully. Adult actions speak much louder than our words. Even before it becomes bullying, the level of societal rudeness has skyrocketed. Set on that backdrop, it’s no surprise to see those adult behaviors make their way into schools.

The definition of bullying has also changed over the years, as our understanding of the methods of and tools for bullying has evolved. As a result, even the same school system has a hard time comparing bullying statistics over 3 or 5 years. The state of Florida, one of the most forward-thinking of US states for children’s bullying prevention, enacted legislation in 2008 to standardize both the definition of bullying, by students on and off school property, including cyberbullying, and the requirements for and means of reporting. (Google Jeffrey Johnston Stand Up For All Students Act). They were astounded to see that, within this supposedly standardized system with a huge focus on bullying prevention, one school district reported 0 bullying incidents while another reported 5,000!

The Internet is the source of both problems and huge opportunities. Cyberbullying is undoubtedly the fastest-growing “product line” in the bullying “business”.  We’ve written about it on our blog and it will continue to be an open and frequent discussion thread. And while there is much negative, the Internet can also be a fantastic and protective Early Warning System, if we work to use it better. If we know of even one child who is contemplating suicide, how can we stand by and not help?

The openness of our kids to airing their deepest thoughts, rawest emotions, and all their social plans on blogs and messaging networks can help us identify vulnerable kids in serious trouble – planned targets of beatings, kids contemplating suicide, kids being shunned by groups of frenemies. Identifying these kids early can give us the opportunity to throw a support lifeline and put a stop to the underlying behavior that’s causing or contributing to their distress.

Adults must lead the change. We must lead by example, instead of “Do as I say, not as I do.” Adults must walk the walk and talk the talk of bullying prevention every day, and insist that kids do the same. When kids know that adults are serious about No bullying every day, they will test the limits less, internalize those standards and behavior limits, and step in to protect one another, without waiting for adults to intervene. That’s when we’ll know we’re being successful.

Permanent link to this article: https://bullyingepidemic.com/is-bullying-increasing-or-are-we-just-hearing-more-about-it/