Bullying At School: How To Tell If Your Child’s In Imminent Danger

Bullying: A Pain in the Brain

Need Another Reason To Stop Bullying At Its Earliest Stages?

Bullying Can Cause Long-Term Brain Damage

Think bullying is just “boys will be boys” or “girls will be girls”, to be endured until high school recedes in the rear view mirror? Think again. Bullying’s effects are felt deeper and stay with us far longer than the senior prom. Turns out that being the target of bullying can cause brain damage. Research from the University of Ottawa shows the brains of bullied children look like the brains of children who have been neglected and abused. 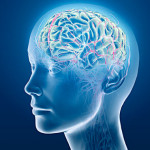 The problem. Under stress, the brain produces excess cortisol. High cortisol levels damage the hippocampus and prefrontal cortex, areas that affect focus, concentration, impulse control, and memory. This occurs with occasional and repeated bullying, which can result in Post Traumatic Stress Disorder. For a child who’s had her gym clothes thrown in the toilet and urinated on, or had to run the gauntlet of jeering, pushing, or groping frenemies in the halls between classes, merely walking through the school door in the morning is enough to re-trigger PTSD symptoms, including a cortisol spike. Kids who are bullied are more likely to suffer anger or depression, both of which are associated with increased cortisol. It’s interrelated — bullying causes a cortisol flood, high cortisol is associated with depression, and high cortisol and depression are both associated with memory impairment.

Chronic high stress causes damage to cortisol receptors, making them less sensitive, so long-term bullying or stress can cause depressed cortisol. Abnormally low cortisol is seen in aggressive kids, whose brains don’t send appropriate signals to stop aggressive behavior. Taken to extremes, we see this behavior in sociopaths and psychopaths.

What are the implications? In addition to the well-known problems caused by a brain hijacked by chronic stress, depression, or PTSD, there are psychological, physiological, and performance issues, some of which may be subtle or not unique, making it difficult to be immediately recognized as side effects of bullying:

How far-reaching is the damage? Does it affect bystanders too? How long does the damage last? Can we reverse it? Those issues haven’t been studied yet, but anecdotally we know that the memory of bullying remains, decades after the bullying has stopped. I’ve been touched by the stories of people in their 70s, who have come to talk to me after a  lecture or workshop, describing their own, decades old experiences — as bully, more commonly as target, and frequently as a bystander still feeling guilty for not helping another human in need. We have all played all three roles.

The long-term acuity of these memories suggests that our experience of bullying is intense enough to burn it into our neural networks, whether we were bully, target, or bystander. Most of us heal from our childhood bullying experiences, but there are children who may be genetically more susceptible to stress damage and less able to recover resiliently. Recent discoveries in neural plasticity, the ability of the brain to repair itself, offer the enticing possibility to re-wire brain circuits damaged by emotional and other traumas.

Solutions & Prevention.  We can talk about how to approach repairing the damage, but isn’t it simpler not to get brain-damaged in the first place?

Prevention is key. We must set and teach kids clear, consistent boundaries for appropriate behavior towards other human beings, and help them internalize those standards over time. This requires that adults, especially parents and teachers, pay ongoing, low level attention. It’s not enough to say “No bullying” on the first day of school or vacation, then ignore most of the bullying that ensues. Kids will test the limits and our commitment.

Adults must clean up our behavior. Reduce adult workplace bullying, road rage, gossip, and face-to-face and online rudeness. Adults must walk their talk to be credible guides to kids.

Keep kids grounded in respect for self and others. Kids with respect won’t seek the friendship of bullies, won’t bully others, and won’t stand by and watch others being bullied.

Equip kids with resilience, enabling them to flow with life’s ups and downs. Everyone needs coping skills to handle the occasional rough day. There will always be some bullying, aggression, and competition, much of which is a positive encouragement to grow, learn, and improve, working with peers and mentors. We could significantly reduce today’s “acceptable” levels of aggression and still have sufficient competitive “juice.”

Practice self-control. Keep mean thoughts to yourself, without saying it (better yet, learn not to think it). We can have the ability to do the wrong thing and choose not to do it. Think “I would never do that because it would hurt someone.”

Intervene early. If adults intervene at bullying’s earliest stages, we can protect children — and their brains!

A McIlroy, “Beyond the Blow to Self-Esteem, Bullying Can Hurt the Brain, Too,” Globe and Mail , GlobeAndMail.com, Mar 11, 2010.

Permanent link to this article: https://bullyingepidemic.com/bullying-a-pain-in-the-brain/