The Weight of the World on Heavyset Kids

The Far-Reaching Power of Forgiveness

Cheryl’s long and distinguished career as a journalist (you’ll recognize her most recently as the host of the TVO Parents show) plus her experience and empathy as the mother of three make her an articulate, passionate spokesperson about issues affecting the happiness and wellbeing of all children. Join us as Cheryl discusses the importance of standing up to protect one another. 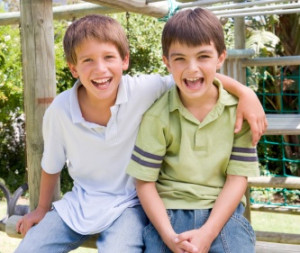 An upstander is “a person who defends or stands up for a cause or a belief” according to the Collins dictionary. In contrast to a bystander, who is passive and does nothing to help when someone is being bullied, an upstander defends those who are being mistreated.

Samantha Power used the upstander concept to describe those who tried to stop or to document genocide. She’s a journalist, executive director of the Carr Center for Human Rights Policy at Harvard and the author of “A Problem from Hell: America in the Age of Genocide.” She’s also just been nominated to be the US Ambassador to the United Nations.

I hadn’t heard the word until a couple of weeks ago when my child’s teacher mentioned it. At an information session, she said the school encourages students to be upstanders – to stand up for each other, their community and their environment.

When I was a kid, we called this ‘sticking up’ for someone and it often meant acting alone. We didn’t have the language of targets, bullies, bystanders and upstanders. Today a school or group can foster a culture of empathy and fairness where everyone can – and should – be upstanders. Equally, if not more importantly, parents can foster a culture of upstanders within the family. If we do this, children won’t have to work alone in bullying situations.

How does being an upstander differ from being a bystander? A bystander is unable or unwilling to act. They often feel guilty for this. An upstander takes action and feels empowered.

How does being an upstander differ from being a hero? We tend to think of heroes as people who act in big ways, who stand out, who are perhaps physically superior (superheroes) or larger than life. They might seem to have unique qualities that the rest of us could never have. This isn’t true. We can teach our kids that all of us have the ability to be heroes by acting in defense of those who are mistreated – by being an upstander.

Why is creating a culture of upstanders important? It’s very difficult to stand up to a bully alone, much easier and more effective if done as a group. One of the reasons bystanders don’t act is because they don’t want to rock the boat or go against the norm. We all care about what our group thinks of us, so we tend to follow along. When we’re part of a crowd we also think someone else will step in to solve a problem. In a culture of upstanders, everyone in the group will recognize the injustice and will step up, as a group. An upstander in a group of upstanders feels safe and won’t have to act alone.

How can schools create a culture of upstanders? Bullying prevention programs need to talk about the many benefits when all kids are treated with respect and kindness. This takes the discussion beyond individuals to the classroom, sports team, drama group, playground, and to the greater good. Teachers need to know and talk about bullying, what it looks and sounds like, and how it affects everyone involved. They should be aware of emerging neuroscience that shows the brains of bullying targets can be permanently changed from the stress of being bullied.

Children can be given concrete examples and chances to role play what to do if they encounter a bullying situation – tell an adult (a parent, a teacher, the police), be a friend to the bullied target, and, as a group, tell the bully that “we don’t treat people like that.” With this information, students and teachers will be more prepared when they have an opportunity to act.

How can parents create a culture of upstanders? In my opinion, this is one of the most important lessons parents can give their children – to care about and care for their families, friends, other people in their communities and therefore, people everywhere. We are social creatures. We thrive on healthy connections to one another, and I believe that if our children have a sense of empathy for others, especially those who are vulnerable, they will succeed in every other way. So how can we raise empathic, caring children?

Schools and families can create a culture of upstanders by observing and examining events and situations in their own lives and in the community. Talk about upstanders in our personal relationships, in communities, in politics. Talk about why it’s important to defend those who are mistreated, and how to do it.

Most importantly, be an upstander yourself.

Show your children and students by example.

Cheryl Jackson is an award-winning journalist who has interviewed experts and written on a wide range of topics that affect children and families, including health and development, education and communities. Cheryl has two decades of experience in television and radio production at CBC and TVO. Her awards include Best Edu Parenting Blogger, MindShare Learning; Best Parenting Website, World Media Awards; Canadian Investigative Journalism Award for her three-part documentary on health care and Best Writer by the Saskatchewan Motion Picture Industry Association for a one-hour documentary on family farming. Cheryl is Chair of the York Centre for Education and Community Advisory Council and sits on the Advisory Board of the Third Street Foundation.

Z Franco and P Zimbardo, “The Banality of Heroism,” Greater Good: The Science Of A Meaningful Life, UC Berkeley, Fall/Winter, 2006-2007

Permanent link to this article: https://bullyingepidemic.com/upstanders/