The Weight of the World on Heavyset Kids 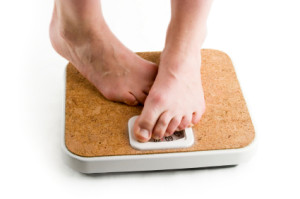 When it comes to discrimination, we’ve usually got a name for it: racism, sexism, homophobia, hate crime. But there’s another form of discrimination so much a part of our society that we don’t see it for what it is. Researchers now have a name for it. Weight-Based Victimization: bullying kids (and adults) because they’re overweight. Let’s focus on the kids’ issues today.

Overweight children have become more common and so has bullying. You might think that because weight gain is the new normal, heavier kids would be accepted. Sadly, more than ever, overweight and obese students are singled out for taunting – both at school and home.

It starts early. Dr. Julie Lumeng, a developmental paediatrician at the University of Michigan, discovered that obese children aged eight to 11 are 63% more likely to be bullied than their peers.

It cuts wide. Lumeng’s study looked at more than 800 children living in 10 different cities across the US. The risk of being the target of weight-related bullying was consistent, regardless of the children’s economic, cultural or academic backgrounds, personality or social skills. Even if these kids were liked by peers for other reasons, they still got picked on about their body shape and size.

It gets worse (not better!). In 2011, Yale scientist Rebecca Puhl conducted a survey of more than 350 teens attending weight-loss camp. More than 90% reported being mocked by peers, 55% reported anonymous attacks (posts, texts, cyberbullying). More than 33% reported physical attacks based on their weight.

It never ends. Sadly, even after some of the study participants lost weight, they reported that people in their lives continued to taunt them.

Disturbingly, adults are among the bullies. Puhl’s study revealed that the adults closest to these kids – including teachers, coaches, and parents – are often guilty of taunting or heckling overweight and obese kids. Some of this is done under the guise of “helping” – well-intentioned but a poor choice (and potentially damaging). Examples include threatening kids with loss of privileges if they don’t lose weight, making sarcastic comments about what’s on their plate, or threatening kids with unhappy lives (failure to find friends or romance) if they remain heavy.

Parents can be the most strident critics, especially parents who are overweight themselves, or used to be. Instead of showing empathy, parents are reacting to their own fear that their overweight kids will suffer the same problems. Again, while well-intentioned, this kind of “motivation” is, at best, not motivating and runs the risk of furthering the damage, making an isolated kid feel they truly have nowhere to turn.

What can we do about it? First, we have to take it seriously. Weight-based victimization is as dangerous as any other type of bullying. Targets of weight bias suffer the same effects as any target of abuse.

What are the symptoms that a child might be suffering? Like other bullied children, weight-based bullying targets may skip school, stop hanging out with friends (in person or online), become obviously isolated and depressed, or suffer from suicidal thoughts or actions. Their physical health may also deteriorate, as they become inactive or develop eating disorders in response to stress.

What can parents do? In an interview with the New York Times, Dr. Puhl suggests parents avoid linking weight with looks. Parents may have to do some soul-searching to uncover and address our own biases. Here are some of her tips combined with some of our own:

It’s time we called weight bias what it is: Another form of bullying.

“Bullying and Obesity: An Expert Interview with Julie C. Lumeng, MD,” Medscape.org, May 30 2012

Permanent link to this article: https://bullyingepidemic.com/the-weight-of-the-world-on-heavyset-kids/