Every 7 Minutes A Child is Bullied 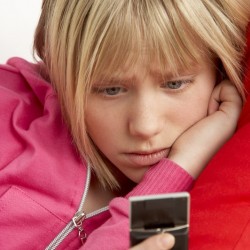 A new report released by Canada’s Centre for Addiction and Mental Health showed that 15% percent of boys, and a staggering 28% of girls have been victims of cyberbullying. The numbers were even higher for bullying in school, affecting 31% of girls, compared to 26% of boys. The gender imbalance in favor of girls bullying and being bullied online and in school was very surprising. Analysts at the Centre feel that the results of this study will help them develop more effective programs for both boys and girls to address bullying in school and online.

An Act to amend the Education Act with respect to bullying, entitled Accepting Schools Act, 2012, also known as Bill 13, defines bullying as:

aggressive and typically repeated behaviour by a pupil where,

(ii)  creating a negative environment at a school for another individual, and

(b)  the behaviour occurs in a context where there is a real or perceived power imbalance between the pupil and the individual based on factors such as size, strength, age, intelligence, peer group power, economic status, social status, religion, ethnic origin, sexual orientation, family circumstances, gender, gender identity, gender expression, race, disability or the receipt of special education; (“intimidation”)

Bullying occurs in a context where there is a real or perceived power imbalance. Bullying can take many forms. It can be:

Bullying comes, in large part, from an underlying lack of  respect, for oneself and for others. It shows up in all the components of the bullying system. Kids who are overt, active bullies, as well as bullying followers, the kids who come under bullies’ influence as toxic supporters, are often trying to make or cement friendships, albeit in an inappropriate, toxic manner. For whatever reason – damaged attachments to their primary adults or poor decisions about the social skills needed to thrive in their environment – these kids are looking for the approval of others. They are not sufficiently secure in their own sense of self-respect to resist the allure of building friendships and alliances at the expense of another child, and certainly not strong enough to stand up and object when they witness bullying or exclusionary behavior.

Share your stories – we love to hear about both your successes and “oops, we learned from this” moments!

Permanent link to this article: https://bullyingepidemic.com/new-report-shows-girls-in-ontario-more-likely-to-be-bullied-at-school-and-online/