Is Cyberbullying Due to the Slowing Maturity of College Students? 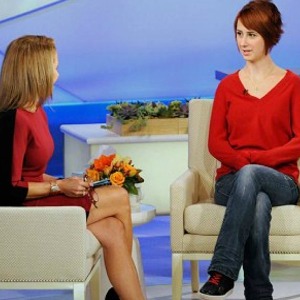 Katie Couric did an excellent show about the national bullying epidemic last week. Bullying: A National Epidemic, which aired on October, 2, 2012  is the best segment I’ve ever seen on bullying. The segment features Whitney Kropp, who was nominated to her homecoming court as a hoax, and Katie Uffins who feared for her life because of rumors of a “Kill Katie Klub.” A pyschologist also appeared, who discussed how you can tell if your child is being bullied.

During the interview, Whitney’s mother was right on target:  the problem is the adults – for failing to set, teach, and keep appropriate behavioral boundaries for themselves and children.

Here are my comments on the article:

It’s very unfortunate that Whitney and Katie are going through this, and what’s worse is the untold numbers of kids who are going through these same issues on a daily basis, usually without the support of peers, adults, or the Today Show. Their experience makes it clear (once again) that bullying has gotten completely out of hand.

Whose fault is that? Kids learn bullying behavior from adults – adults bullying one another in everyday life, adults bullying kids, and adults failing to intervene at the first signs of kids bullying or unkind behavior towards others. Adults must stand up and put a stop to bullying wherever and however it appears. In the long run, the only solution to the bullying epidemic – for adults and kids – is for adults to prevent it and catch it early, when the solution is easy (“Please stop. We don’t treat people that way”).

Adults can do their part by modeling respect and compassion, as well as teaching kids to include and support others, even and especially during conflict. You don’t have to love everyone, you don’t need to be everyone’s best friend, but we must treat everyone with dignity and respect. Katie and Whitney help us realize that we must stop being bystanders and start doing our part to increase awareness of bullying, intervene to stop bullying at the early stages, and focus most of our efforts on prevention.

Every bullying story that goes on long enough to reach national media attention reminds us that we have once again not done enough on prevention, we have important work to do, and we have an opportunity to do better, starting tomorrow. That’s the silver lining. Let’s not waste the opportunity.

Permanent link to this article: https://bullyingepidemic.com/bullying-a-national-epidemic-excellent-show-from-katie-couric/