When Teasing Turns Bad – How Can We Tell?

Is Cyberbullying Due to the Slowing Maturity of College Students? 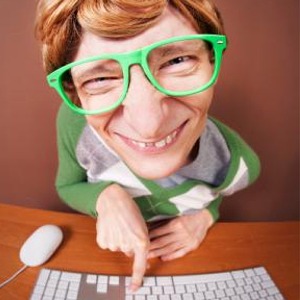 “According to the director of cyber forensics, one reason college students engage in cyberbullying via Twitter profiles or memes, is because society and higher education have slowed the maturation process.”

“. . . Marc Rogers, cyber forensics director, said some people are not even fully maturing until their late 20s, which is why cyberbullying of individuals and groups still occurs past high school and into the college years.”

“It used to be at 14, you were an adult. Then it was 16; then 18. Now, it’s not until the late 20s some people start acting like mature adults and those perspectives (of immaturity) are going into colleges,” Rogers said. “I think in cases it’s the college environment.”

While it’s true the brain is still under development until age 25, especially the prefrontal cortex (which is responsible for the ability to delay impulse gratification) let’s not use that as an excuse or a substitute for adult responsibility to teach children appropriate behaviour towards others, including boundaries. Children of all ages can learn age-appropriate behavior, including kindness toward and support of others – even when away from home.

Parents need to start early, teaching and reinforcing appropriate behavior, teaching respect for self and others, and setting and reinforcing consistent boundaries and limits, so kids know when they’ve crossed the line. Even when our children’s brains are not physiologically fully-developed, we must model good behavior. As their brains mature, and they become increasingly capable of delayed gratification, executive reasoning skills, perspective, and empathy, they will have good behavior patterns to lock onto that crystallized brain development.

Many mistakes will be made on the path to adulthood; what’s important is that adults be reasonably consistent, providing kids the opportunity to internalize the standards, and to apologize and make amends when needed. Nobody’s perfect, but if we let too much slide, kids don’t know where the boundaries are and will keep pushing the standards lower. That also means that we adults have to live up to the standards we set for our kids. “”Do as I say, not as I do” doesn’t work. Adults must walk their talk to be credible guides and mentors to kids. That means curb the road rage, keep tempers in check – even during conflict, no lying, no gossiping. It’s tough, but when kids see that adults learn to live within limits, they will too.

Permanent link to this article: https://bullyingepidemic.com/is-cyberbullying-due-to-the-slowing-maturity-of-college-students/