If Anti-Bullying Laws Aren’t The Solution, How Can Bullying Be Stopped?? 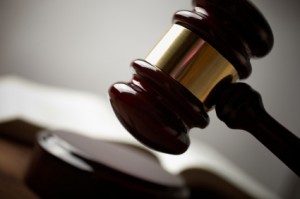 Anti-bullying laws are like the out-of-bounds markers on a ski hill. They’ll catch you if you go seriously off course, but once you’ve gone that far, the damage is already done. The best line down the hill is considerably inside those markers. With bullying, pushing a child until they “almost” commit suicide might be technically inside the law, but we know that kids treated this way remain permanently damaged, even if they do survive. Recent brain research shows that the brains of bullied targets show long term damage similar to that seen in neglected and abused children. I get emails from adults now realizing that the anxiety and depressive disorders that have marked their whole adult lives are likely the result of bullied suffered in elementary and high school. Bullies have their own adult issues, and so, you might be surprised to learn, do bystanders. Everyone is affected by living and working in environments where bullies reign – kids and adults alike.

Laws are not the solution. Frankly, the best reason to have some anti-bullying laws on the books is because it looks good. If we have no anti-bullying laws, it looks like the issue isn’t important, and that’s the wrong message too. Yes, we need anti-bullying laws, but there are real risks in over-focusing on the laws as the only or even the best way to curb bullying. Here are a few problems with that approach:

Bullying prevention is the everyday behavior we accept or ignore, the choices individuals (not just officials) make every day in our homes, schools, and communities. If we don’t step in until a child is on the brink of suicide, it is nearly impossible to stop that suicide from occurring.

Coming up …. What we CAN do, every day, to hold the line against bullying

Permanent link to this article: https://bullyingepidemic.com/anti-bullying-laws-arent-the-answer/