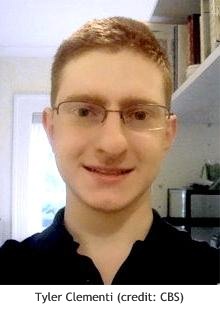 Here’s a follow–up story about New Jersey’s new anti-bullying laws, enacted in early 2010, in the wake of the tragic suicide death of Tyler Clementi, a freshman at Rutgers University. Parents from two New Jersey school districts recently challenged the new laws after their elementary school-aged children were disciplined for bullying behavior, in accordance with the new statutes. In both cases the New Jersey education commissioner upheld the punishments, a 3-day detention for one child and an in-school sensitivity-raising activity for the other.

The New Jersey laws were an effort to curb the cruel cyberbullying that resulted in Clementi’s death. In his first few weeks of college in September 2010, Tyler’s roommate, Dharun Ravi, webcam’d Tyler having sex in his own room and streamed it online. Humiliated, Tyler jumped to his death off the George Washington Bridge a few days later.

While it’s good to have laws on the books that support our societal values, such as kids’ rights to attend safe schools (including freedom from bullying and humiliation), this is only part of the solution. Better than having “great” laws that punish kids (and adults) who cross the line, we now realize that we get better outcomes when we put our biggest effort into prevention. Re-training our eyes and ears to catch meanness in the earliest stages, we minimize the many small acts of verbal, social, and physical unkindness and exclusion that build to outright bullying. With that in mind, the Tyler Clementi Center at Rutgers and the Tyler Clementi Foundation have been created to promote “safe, inclusive and respectful social environments in homes, schools, campuses, churches and the digital world for vulnerable youth”.

Our real work starts way before college. When adults demonstrate a consistent insistence on kindness and acceptance with young kids, where the “do not cross” line is clear and repeated, kids internalize those standards and eventually quit testing to see if adults really mean it. Yes, mistakes will be made along the way, but with a guiding framework, clear understanding of where teasing turns to taunting and fun turns to cruel, and the even clearer knowledge that adults are watching and will intervene, kids learn the limits and act accordingly, even when adults aren’t in the room. That’s our goal, isn’t it?

Coming Up … Why Stronger Bullying Prevention Laws Aren’t The Answer

Permanent link to this article: https://bullyingepidemic.com/new-jersey-anti-bullying-laws-upheld/