Bullying At School: How To Tell If Your Child’s In Imminent Danger

How Does Bullying Affect the Bully?

Who Becomes A Bully? The Answer Will Surprise You! 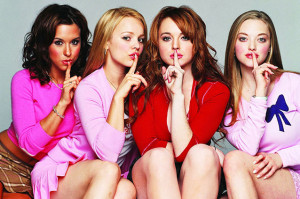 Remember the movie “Mean Girls,” where Lindsay Lohan’s character joined the Plastics and bullied her way to the top of the high school food chain?  When we think of bullies, we often picture the Plastics girls and other stereotypes from movies and TV.  When you hear “bully”, what’s the first thing that comes to your mind?  The mean girl who always looks perfect and has a crowd of groupies hanging on her every word?  Or maybe the not-so-bright but brutish boy who beats up kids and steals their lunch money, like Nelson from “The Simpsons”? How about the jocks who make the nerdy guy’s life miserable?  These clichés are the norm when it comes to bullies in the media.

Who becomes a bully in real life? The answer might surprise you. Real life bullies often look quite different than their media counterparts.

So what can be done to combat bullying? The most straightforward answer is to make our schools and communities safe and bully-free. If kids aren’t humiliated at school, they won’t go online looking for revenge. Kids need to know that every day is bullying prevention day and we are all, adults and kids, responsible for helping to keep our friends and all students safe.

Social structures in schools should be flexible, allowing kids to have friendships in many circles. That’s especially important for those days when you’re having friendship troubles with one group of friends (Yes, that will still happen, even with all the bullying prevention precautions in place! But it should be the exception, not the everyday rule). When things are tense with one group of friends, have lunch with another group. That way it won’t be social suicide to have a slight friendship drama and kids won’t feel desperate to maintain their single, all-important social position and willing to resort to bullying their peers to do so.

For kids who unknowingly bully with their strong leadership skills, we can guide them towards opportunities which show their leadership in a positive way – school plays, assemblies, or musicals, sports teams, reading buddies, tutoring, community service work, even class president – the opportunities are as limitless and creative as the kids can dream up. The messages “We still like you” AND “You must change your behavior” combine to make a powerful stimulus for change.

How to help kids with dysfunctional social skills? Teach these kids the skills of friendship – how to make and keep friends (honesty, loyalty, standing up for one another), how to feel socially confident entering a group (teach them how to break the ice, how to tell a joke, etc). Help them make friends slowly – 1 friend at a time.

Bullying can be effectively curbed, but change can take months and requires frequent monitoring to make sure that the problem has not returned. Keep giving that child positive feedback about their efforts to change – keep working on it! Kids who have bullied want and need friendships too, so don’t exclude them even when they make mistakes on the path to change.

Although today’s focus was exclusively on the bully, permanent change requires that we examine all parts of the bullying system – bully, target, and bystanders (kids and adult). While the role of the bully is the problem that often appears first, to effectively control bullying, we must identify and make changes to every area of the system that encourages and enables bullying to flourish. And once changes are made, adults must provide permanent, low-level monitoring in preventive mode, not just crisis management.

Coming Next: Who Becomes A Target?

Permanent link to this article: https://bullyingepidemic.com/who-becomes-a-bully/