The Slippery Slope of Rudeness 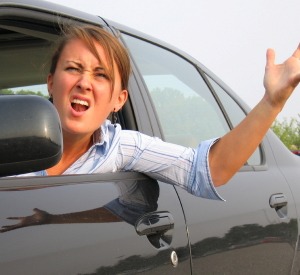 Parents and teachers frequently ask me “Why are kids so rude today?” Unfortunately, the trail leads right back to us adults. Adults model rude talk and bullying behavior in front of kids on a daily basis. Adults bully other adults, and adults bully kids, often without meaning to or realizing it. As a result, the “acceptable” level of societal rudeness and disrespect keeps increasing. How is that related to bullying? Without intending to, we’re creating environments that protect and encourage bullies and bullying. It’s the exact opposite of what we mean to do!

It used to be easy to tell the difference between “normal” (acceptable) and “rude” speech. Today, there’s a razor-thin line separating the two. F-bombs, sarcasm, and mean-spirited putdowns are commonplace – in our homes, schools, workplaces, communities, and on TV. It’s very hard to tell where “acceptable” ends, which makes it much too easy to shift into “rude,” even unintentionally.

Because the level of “normal” verbal aggression is now so high, we’ve gotten used to it. We now set our radar screens even higher (or lower), to permit more, and ruder, exchanges without reaction. It’s easy to see how this has caused the quality of our daily interactions to spiral incrementally downward, without noticing, until one day we suddenly wake up and say, “Whoa! That’s too much! How did things get so bad?”

Rude does not need to be the new normal. We need to reclaim and reestablish civility and respect, in which there’s a big, discernible difference between rudeness and normal conversation.

Listen to the everyday rudeness our teens and preteens encounter in school hallways:

Not too long ago, “Shut up” was the rudest thing you could say to someone. You certainly would never have said it to any adult. In today’s language, we use “Shut up” so often, it’s become a synonym for “You’re kidding!” As in “I got an 80 on my algebra test.” “No way! Shut up!”

The problem is, “Shut up” is still rude. We have just allowed ourselves to become desensitized to the rudeness. And each level of desensitization seeds the next level down. In this context, it’s easy to see how we’re permitting and even encouraging our kids to bully and exclude one another.

What we’re also encouraging is intolerance to diversity. The “That’s so gay” putdown fosters intolerance in two ways simultaneously:

Kids’ bullying is an adult problem, which we’ve taught to our kids and allowed to grow.

It’s time we adults stepped up and set higher standards for our own behavior, beginning with raising the bar for rudeness. Doing so is an important step toward bullying prevention in all areas of our society.

Permanent link to this article: https://bullyingepidemic.com/the-slippery-slope-of-rudeness/