Sins Of The Fathers – & Mothers 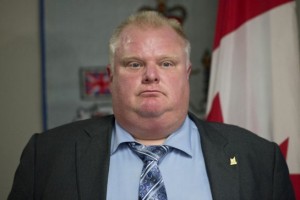 It’s hard enough to encourage our kids to have good behavior – be kind to others, don’t lie, apologize if you make a mistake or hurt someone, say “please” and “thank you.” How on earth do we shape kids’ respectful, self-disciplined behavior when they’re confronted with a daily barrage of “don’t try this at home” behavior by adult celebrities in sports, entertainment & politics? Should we explain this behavior, and if so, how?

Toronto Mayor Rob Ford on alcohol and crack, LA Clippers owner Donald Sterling caught on tape making racist remarks, Dean McDermott cheating on his wife, Justin Bieber and Miley Cyrus acting out, and the decade-long bad behavior of Chris Brown – and that’s barely the tip of the iceberg. What should we think about this?

It’s A Bad Role Model. While sports and entertainment leaders have not been elected, we “vote” for them every time we see a movie or sporting event. They are, for better or worse, role models for kids. Even adults model themselves after celebrities. It’s my opinion that celebrities should take to heart their role model status and know that with the big contract comes the responsibility to behave in a manner exemplary for kids and other adults.

It’s Not News. Sad to say, most of the adult misbehaviour is recurring. We knew there were affairs in Bill Clinton’s past, before we elected him president and long before Monica Lewinsky stepped into the Oval Office. So who’s the fool? Congress spent most of the last two years of Clinton’s last term looking in Clinton’s underpants, grinding the US government to a halt. When you elect (and re-elect) someone with that track record, there’s a pretty good chance it will happen again. As they say, “Fool me once, shame on you. Fool me twice, shame on me.”

Once A Cheater Always (Often) A Cheater. I’m not suggesting we just look the other way when our leaders and stars have bad behavior. I think that a person who doesn’t honor their marriage vows is likely to break the ethical laws in other areas of their lives, too. It’s impossible to compartmentalize a sliding scale of morality: “I don’t honor the agreements I made in my personal life, but I do everywhere else.” I don’t believe that. The way people honor their personal commitments has a direct influence on the way they behave in every aspect of their lives. Yes, people make mistakes, but there’s a big difference between a one-time minor slip-up (I don’t consider extra-marital affairs minor) and serious, long-term, or repeated disregard of the law or your commitments to others.

It’s Hard To Be Normal. I think it’s almost a miracle if a child star grows up to be a “normal” adult. There’s nothing normal about that kind of childhood, and many of the people around the child, including the child star’s parents, have a direct conflict of interest. The boring discipline and limits required for non-celebrity parents and kids can be difficult to instill in today’s culture, where “all publicity is good publicity” and the bigger the meltdown, the better. We should re-think that attitude. You don’t want parents caught in the conflict of choice: Should I choose what’s best for my child as a human being, vs what gets the most attention (or makes the most money) now?

Winning Is NOT Everything. Players who choke their coaches, coaches who throw chairs, tantrums, and other materials at their teams, and sports pros who repeatedly fail drug tests. These are all examples of behavior that we encourage, by looking the other way and tolerating, in the name of a winning season. We must teach kids that we can win (or give it our best) AND remain true to our ethical values and view our competitors as human beings, too.

Take Responsibility. “I only smoked crack because I was in a drunken stupor”, “I have a drug/alcohol/sex addiction,” “We lied because we did anything we had to do to win,” “I have intermittent explosive disorder (road rage)”, have become part of the endless list of lame excuses for messing up and then making the problem worse by failing to “man up” or “woman up” and take the heat. What are we teaching our kids with this adult lack of moral backbone?

So how DO we talk to our kids about these human weaknesses and mistakes?

We ALL Make Mistakes – I Do & You Will, Too. Take responsibility, clean up our damage as soon as possible. Be genuine in our efforts to repair. Perhaps if I give others some slack when they make mistakes, they’ll cut me some space when I make my mistakes.

Permanent link to this article: https://bullyingepidemic.com/sins-fathers-mothers/