Bully or Leader – Where’s The Line? 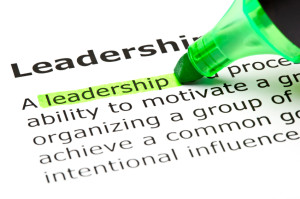 What would you do if another mother described your 6-yr-old daughter as a bully? When mother and writer Ritu Shannon was confronted with this situation, she was confused and concerned. Shannon talked to her daughter’s teacher and was reassured when the teacher confirmed that her daughter is kindhearted, and something more: a leader.

Writing about her experience, Shannon described her daughter this way: “If someone gives her a hard time, she won’t back down.” Then she asked an important question: “When does being strong willed (and a little bossy at times) make a child a bully?”

The line between leader and bully can be a fine one. In fact, powerful leaders and bullies share many of the same qualities. They tend to be:

Bullies can have powerful social skills and high self-esteem. Even popular kids have been known to bully, to establish or protect their social status.

The disheartening, but not surprising, news is that socially gifted bullies can rise through the ranks to leadership and continue bullying long after high school. Just look at the headlines about bullies in politics and business! Why do they do so well?

A recent University of Buffalo study looked at how well bullies with political skills (read: “social skills”) do on the job. They invited workers at a health care facility to participate in an anonymous survey to identify bullies on staff. They had them rate themselves on political skills like: “I am particularly good at sensing the motivations and hidden agendas of others.” Then they looked at the corresponding employee performance appraisals to see if there was a link between bullies, social skills, and success on the job.

Their finding: Sure enough, bullies who are politically skilled are successful at work. Drawing on earlier research, the Buffalo team believes socially skilled bullies are quick to identify weaknesses in others and use that knowledge to manipulate people to get favorable results. Not only that, they’re talented at hiding their negative behaviors from upper management.

Can we stop the vicious bully-leader cycle? The researchers recommend that businesses score individuals on camaraderie and civility during performance evaluations. That way, employees who use bully tactics will lose points, providing incentive for leaders to use other, more collaborative means to achieve their leadership goals. The researchers also suggest training other employees to handle bullying behaviors better.

We recommend stopping the cycle even earlier. Bullying behaviors typically start in childhood. It’s difficult (but not impossible) to change long-ingrained, adult toxic behavior patterns years (and sometimes decades) later. Why not stop them early, when change is easy and there’s less to change?

Identify the kids with powerful social skills. It’s usually pretty easy to see them. They may be popular. Or they may be cruel – running roughshod over others, using physical or social manipulation. They may be both popular and cruel. You can identify most of these kids in elementary and middle school. They’re learning how to use their power, but using it inappropriately.

While they’re still young and learning, let’s nudge these kids back onto the correct side of the “using my personal power” line. Give these kids:

(1)  The “It’s Time To Change” message. “We love/like you, but your behavior must change,” along with consistent progress monitoring and encouragement to change, lets kids know adults are serious, committed, and paying attention.

(3)  Positive leadership positions at school, at home, and in the community. These capable kids, often frustrating (and frustrated) to work with, are truly like flowers starved for water. In the right environment, with adult guidance and the opportunity to showcase their abilities for good, tremendous change can happen.

I’ve seen kids go from being disliked and feared to being elected to student government within a couple of years. The consistent love AND pressure to keep changing from teachers, parents, and peers really pay off.

Change doesn’t happen overnight, so be patient and be prepared to stay the course with these strong kids, to help them find their feet underneath them in a more positive way. The results are worth it. You’re helping guide and mold amazing kids, the future leaders of tomorrow. We can help them learn how to use their social powers for good and still be strong leaders.

Did you know that Gordon Ramsay’s restaurants have been awarded numerous Michelin stars? He’s a smart, experienced, creative chef and business owner. We could all learn an enormous amount from him. We must ask ourselves: Why is it that we choose to learn bullying from him?

Looking the other way at these belligerent outbursts is not neutral – it’s silent acceptance and guarantees that the behavior will continue and escalate. Stop it early, before abusive workplace bullying becomes the new normal.

Leaders and bullies have a lot in common, but they differ in two important ways: Respect and compassion. Leaders care about others; bullies don’t. If we don’t want the leaders of tomorrow to be bullies, let’s teach them respect and compassion today.

Permanent link to this article: https://bullyingepidemic.com/bully-leader-wheres-line/